East Texas Golf The Way It Was Meant to Be 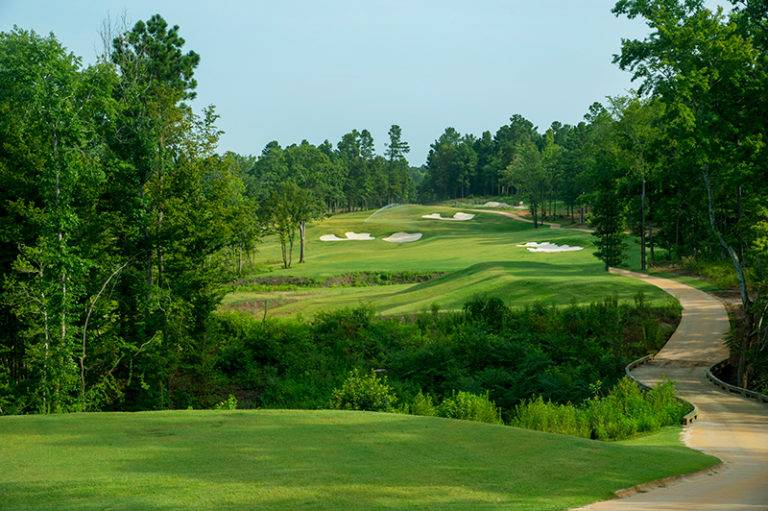 In the fall of 2016, word of a new golf course in East Texas began to spread. “It’s called the Tempest and it’s near Longview,” a friend in the know told me. “You can see some of the holes they are building. It looks impressive.”

As a Tyler native partial to East Texas scenery, I was soon zooming east down Interstate 20 from Dallas, noticing as always how the landscape changes from prairie land to hills, lakes and trees.

Finding the course was easy. It sits just a mile or so north of I-20 on the east side of state highway 135 and is closest to Liberty City but within an half hour of both Tyler and Longview. On that pretty fall day I found a course awash in construction with sandy, tomato red dirt everywhere surrounding the clubhouse in the distance.

Driving along the perimeter, I turned up a hill and began to climb steadily. I was intrigued as I noticed holes being built on both sides of the street. Once atop the hill I got a first look at the expanse below. It stopped me in my tracks. It was spellbinding.

My imagination was jolted as I gawked at wide corridors shaped through forests of towering pines. I drank in the beauty, staring at a sweep of land that seemingly went on forever with a large valley giving way to another giant hill on the horizon. It was mesmerizing.