Looking to get into the game or trying to break par? Fairwinds offers a variety of programs ranging from beginners to highly accomplished players.

We specialize in a variety of clinics designed to be enjoyable and entertaining. Tuesdays are "Ladies Only" Play & Learn Clinics that feature a non-competitive 9-hole scramble, Wednesday & Friday morning feature our popular Co-Ed Clinics. Sunday afternoons a one hour junior takes place at 1pm. Phone the golf shop, 462-4653 to reserve your spot.  For detailed information just click the links below:

Mark Cammarene, Fairwinds' Director of Golf has over 30 years of teaching experience. From 1996 to 2002 Mark was an instructor in the world renowned "Nicklaus/Flick" Game Improvement Program. Teaching from Florida to New York he has worked with some the finest instructors in the world. Mark has always had a keen interest in developing junior golfers and currently serves as the Head Golf Coach for Vero Beach High School. In his six years as the Head Coach his teams have competed five times for the FHSAA State title, finishing second in 2016 and third in 2014. Recently he was named 2016 Coach of the Year by Script's Treasure Coast News for the third time. Mark was named as the South Florida PGA Junior Golf Leader in 1996. 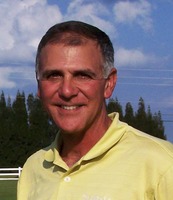 Mike Melton, PGA Head Golf Professional grew up on the fairways of St. Lucie County. After spending over 13 years in Long Island as a Club Professional mainly teaching golf he has returned home. Mike's playing accomplishments are impressive. He was an Honorable Mention All American at IRCC. He has played professionally on the South Florida Mini-Tours and attempted to qualify for the PGA Tour in 1996 & 1999. His lowest career round is an impressive 8 under 64 at Old Trail in Jupiter, Florida. Mike has won 3 South Florida PGA Club Professional events and in 2010 he caddied on the PGA Tour. Mike brings a players perspective to all his students at Fairwinds and enjoys teaching all levels of players. 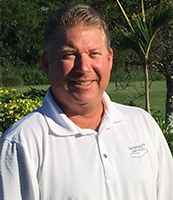 Back to Top
Please enable JS